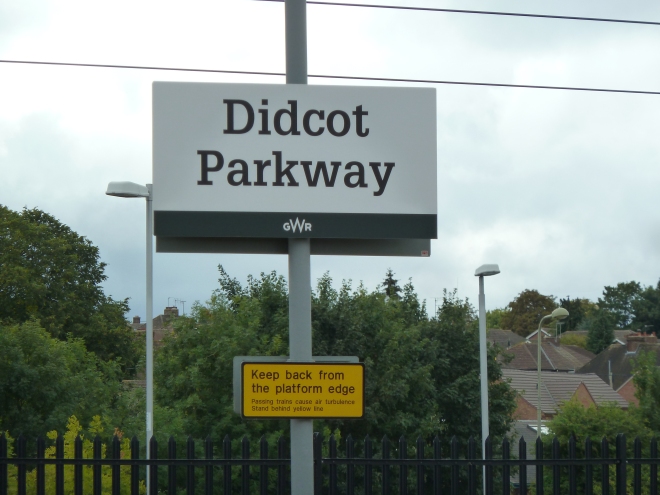 In September 2018, I visited Didcot Parkway Railway Station, on the Great Western Main Line.  A two fold visit actually, as I also visited Didcot Railway Centre on the same day.  I had wanted to come to this Station for a while, as I had seen on videos that the views were fantastic, and I must say I was not disappointed.

Opened in 1844, just named Didcot, the station was a major hub for the Great Western, with connections available to Oxford (the main reason for the station at time of opening).  There was also a line from here to Newbury and Southampton, however this was closed fully in 1967, passenger services being withdrawn some 5 years earlier.  The oxford line (known as “The Cherwell Valley Line”) still operates, and is accessed by the station as well as the “East loop” for through trains.

The imposing Didcot Power Station is seen looking to the west.  A loop for coal trains used to be in regular use, however after the closure of Didcot A, these ceased in 2013.  Much of the track for this loop has now been lifted, to facilitate construction of new warehouses.

A major redevelopment occurred in 2012, giving better access for disabled passengers, new CCTV and lighting plus better drainage on site.

Facilities here are the usual toilets, as well as lifts and a small “Pumpkin” Café which although well stocked, lacks a big seating area.

Services are plentiful.  Trains “down” to the West country stop on Platform 1, whilst fast services “up” to Paddington leave from Platform 2. Platform 3 carries primarily trains to Oxford, and Platform 4 carries the trains from Oxford to London Paddington, on a stopping service.  Platform 5 is used if Platform 4 is blocked for any reason, or for terminating trains from Paddington.

To the East of the station, extensive views can be had.  The “East Junction” is also visible here.

A view to the west from platform 4 shows the covered area housing the café on platform 2-3.  The construction work here is to lengthen the station platforms to accommodate the longer class 800 trains, which are replacing the HST’s on the routes to the west.  Didcot Power Station is seen to the right in the distance.

Passenger traffic is served by the new Class 800 “IET”, HST, 387’s and 165’s.  Vintage locos may also be seen leaving and entering Didcot Railway Centre , although these will most probably not be timetabled movements. 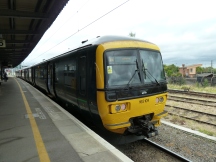 Freight is a regular sight at Didcot Parkway.  Intermodal services run regularly through the station, as well as other freight heading to and from Oxford using the “east” Junction.  These operations are mainly class 66, although the occasional class 70 or even 59 may be seen.  Some freight may pass though or be temporarily stabled at Foxhall Junction. 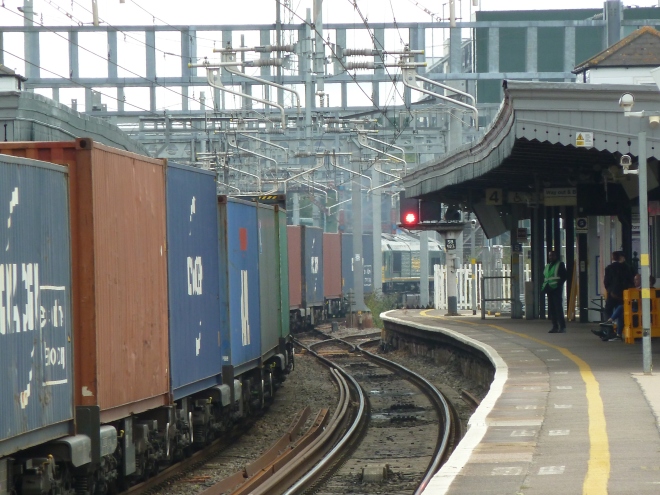 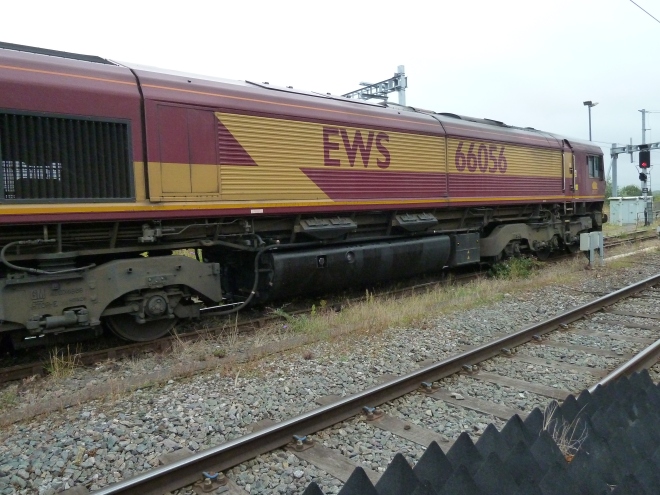 All in all it was a great visit.  Lots of different traction, the only downside was the weather, which was overcast, windy and eventually drizzly.  However, the station is a fantastic place for photography and videography. I will return within the next couple of years, hopefully this time in the sunshine.  Below is a video taken on the day.

Many thanks for reading, I’ll Blog again soon.

I am a railway enthusiast based in Rainham, Kent. I enjoy mainly modern traction, however the history of rail, especially in places I visit, also interests me. I also have a static model railway, Mistydale, which has its own Facebook page. Thanks for visiting. View all posts by rainhamrailenthusiast